Under 5G NSA Support, we aim to bridge the connectivity gap between a 5G compatible UE and the full stack MAGMA core. This feature does not require any additional configuration and is enabled in the existing codebase by default. In order to achieve NSA support in the existing MAGMA codebase, we have added/updated supplementary messages, IEs over different interfaces, layers and services which are described as follows:

This message is used by the eNB to request for the modification of existing established E-RABS for a UE. 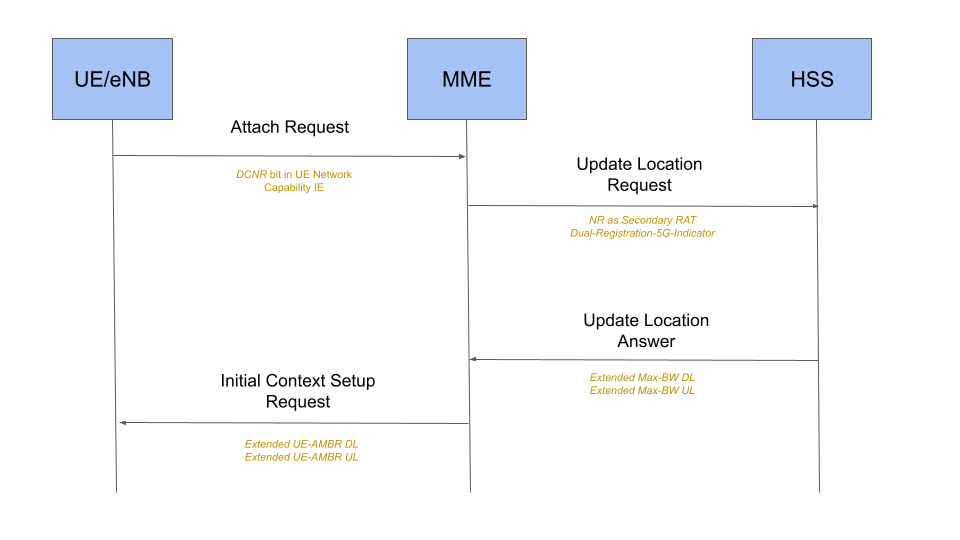