Using build.py --tests is effective, but can be heavyweight.

Instead, you can also run tests directly from your IDE. We provide a default set of IntelliJ run configurations to support running all tests in one click, directly from IntelliJ.

The default run configurations are checked in under .run/. You'll also need to install the Multirun plugin. 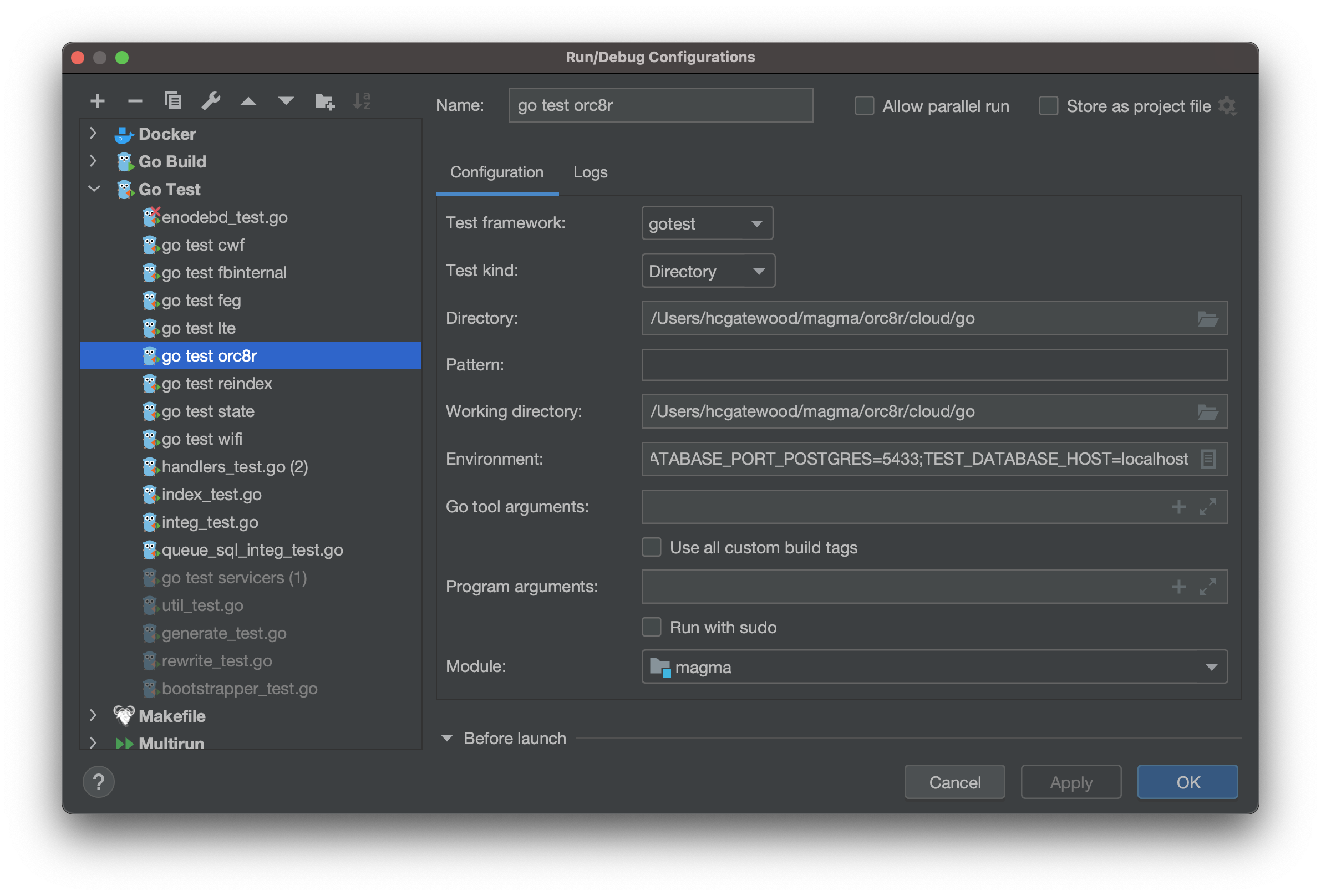 Multirun configurations should include go test all, and look something like 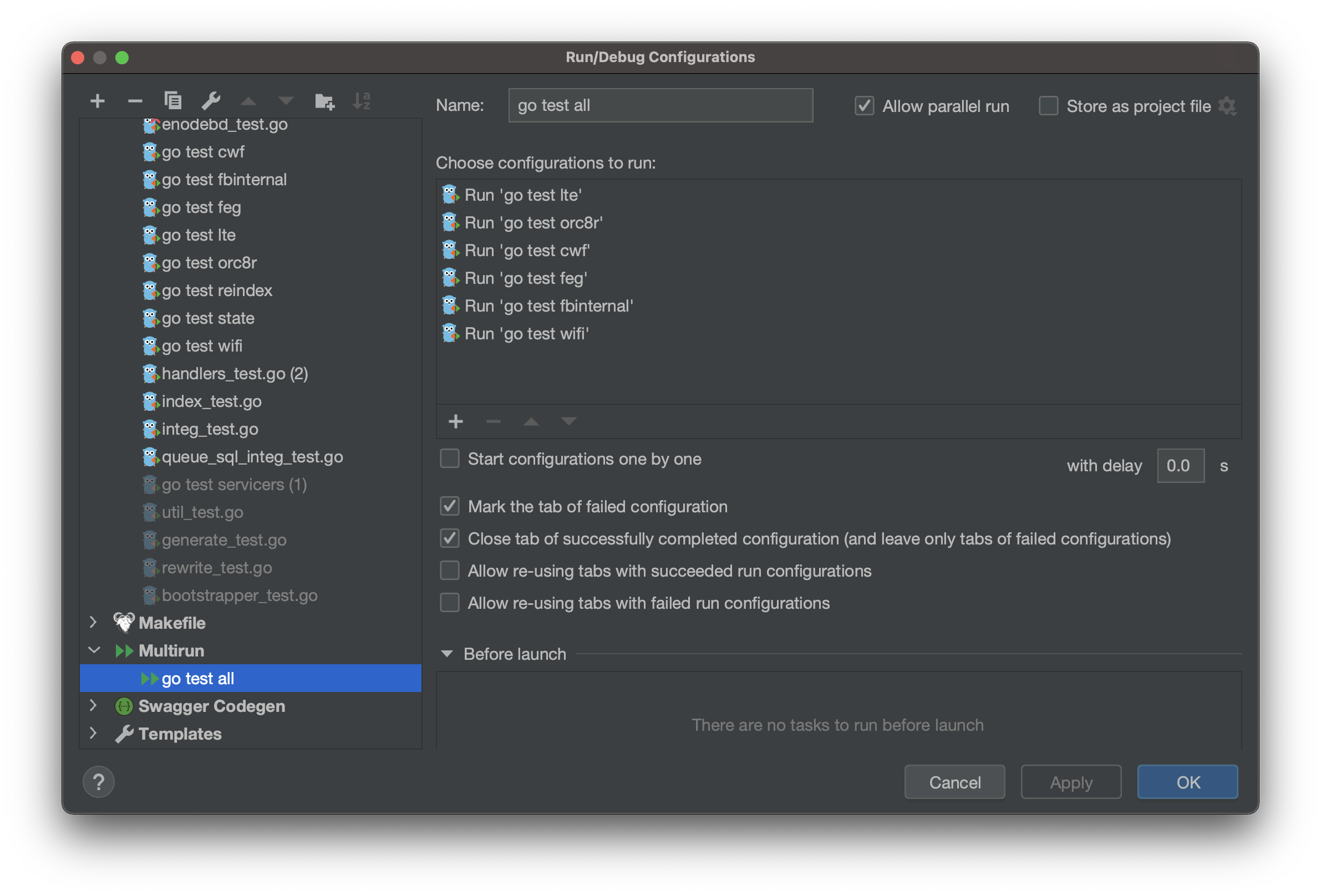 Our tests are not fully isolated from their environment. To set up your environment for testing, run

Now you should be able to run the full set of tests, without rebuilding any container images, for

You can also manually create your own run configurations. Depending on the test, you may need to include the following environment variables

The set of subprojects is determined by the MAGMA_MODULES environment variable, which is defined during the container image build process. The default subprojects include orc8r, lte, feg, etc.

By default, all subprojects are included in the build. If desired, you can use e.g. build.py --deployment orc8r to build a deployment-specific set of subprojects. This can reduce build time by up to 50%.