Orcl is the Orchestrator CLI. It is used for managing an Orc8r deployment. It provides the following subcommands 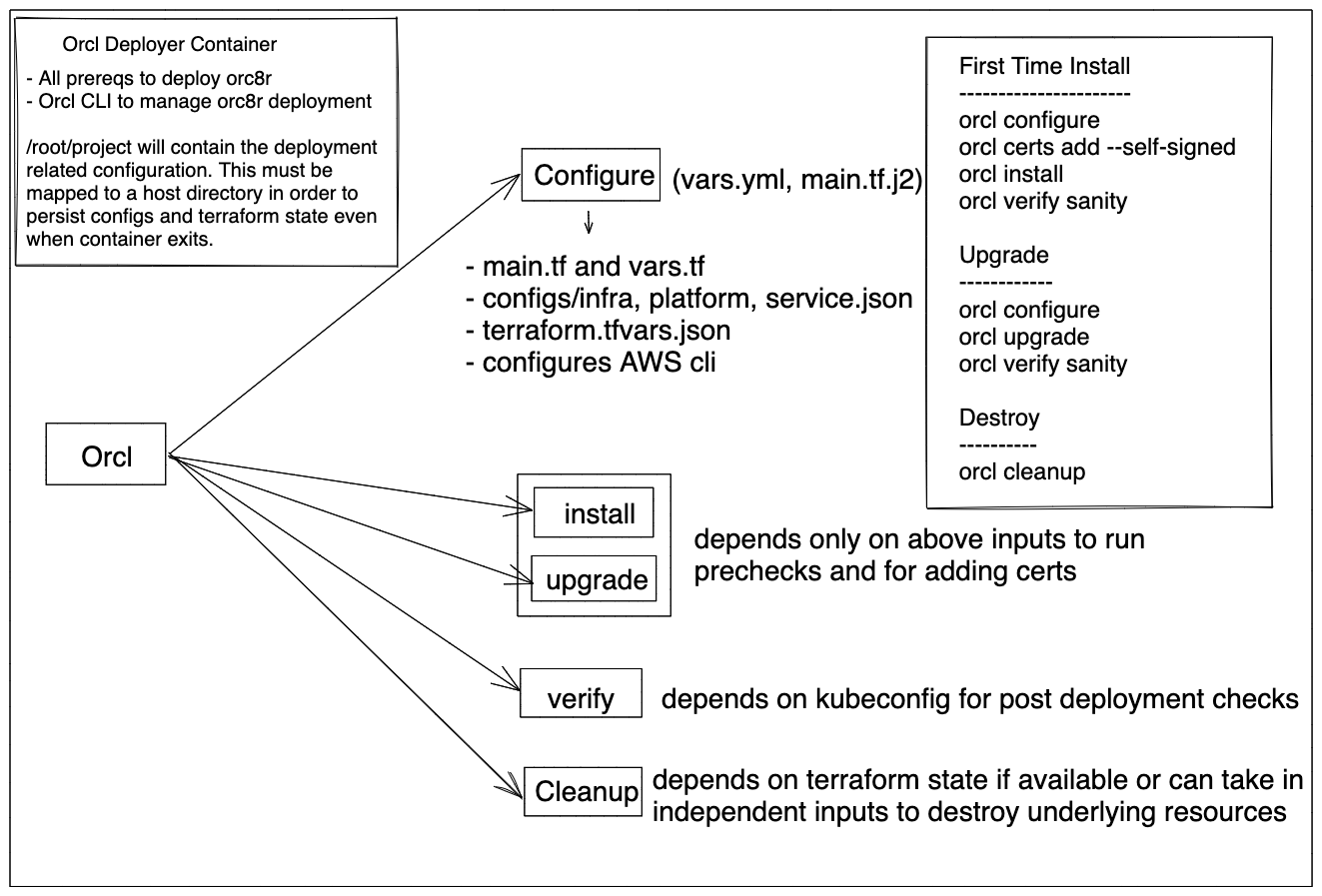 Orcl is packaged within orc8r_deployer. Orc8r deployer is a docker image which contains all the necessary prerequisites to deploy orc8r. The only requirements for running orc8r_deployer is that the the host machine must have docker engine installed.

In the following sections, we will discuss each of the orcl commands in detail.

Note: Currently we don’t have the capability to sanitize the inputs. This might be a feature to be added later

Configure command relies mainly on a meta file vars.yml. This file contains all deployment variables with their name, type, description, default value, whether it is a required or an optional attribute and finally the apps which rely on this configuration attribute. The configuration provided by the user is used to

Certs is a orcl command for managing certificates. Currently it has only one subcommand add which can be used to add application certs and self signed root certificates(optional).

Certs relies on the orc8r configuration options being configured. Specifically it relies on orc8r_domain_name attribute to be configured.

Following prechecks are performed prior to the installation

Upgrade command provides the ability to install an orc8r deployment based on provided configuration. Upgrade command provides an optional ability to run prechecks prior to upgrade and also provides prechecks as a separate subcommand. Note: it is important to use the same deployment directory which was used during install. This is mainly to ensure that the terraform state is available and also reuse the configuration variables

Following prechecks are performed prior to the upgrade

to perform the cleanup. Unfortunately terraform cleanup hasn’t been very reliable in the past. So this command provides ability to also directly cleanup the underlying resources when the terraform destroy command fails. It is though the subcommand raw

Currently the raw cleanup performs cleanup of the following